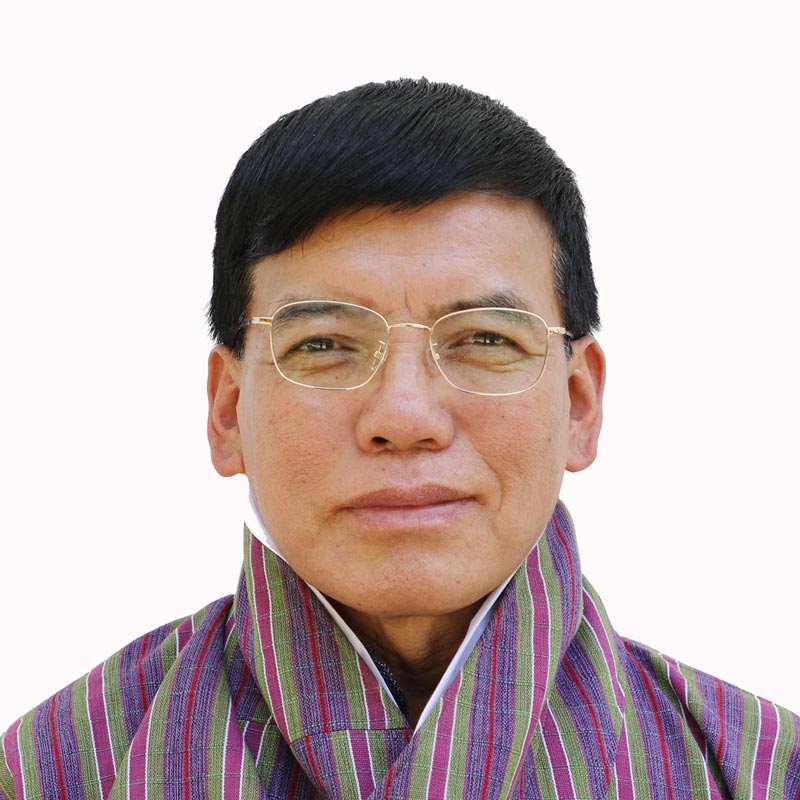 Associate Professor of Law at Jigme Singye Wangchuck School of Law. He completed his B.A. in Buddhist Philosophy from the institute of Nga-gyur Nyingma Mysore, India and the P.G. Diploma in National Language Course in 1998. Rinzin served as Drangpon Rabjam at the Judiciary of Bhutan, before which he worked as Chief Research Officer at the High Court, Thimphu, Bhutan. During his tenure with the Judiciary, Rinzin contributed to the development of judicial forms as a part of reforming the judicial procedures. He has published several books such as the Legal Dictionary, Building the Supreme Court, Source of Law and Court Crest- Judiciary of Bhutan.