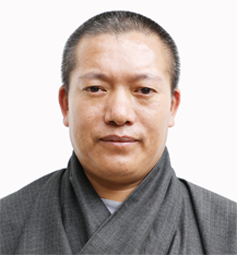 Galay Pelzang was appointed as Senior Administrative Assistant of JSW School of Law from 1st September 2018. He was Internal transfer from Office of Registrar to Estate from 28 March 2019 and serving under the Esate services.

He completed his higher secondary education from Nima Higher Secondary School, Taba and received his Bachelor of Arts (B.A.) in Dzongkha and English from Royal Thimphu College in 2017.